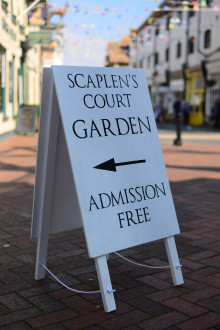 This job wasÂ to produce a series of signs for a listed medieval building owned and operated by Poole Museum.Â Scaplen’s Court is Poole’s most complete medieval building and was opened to the public in 1929, due to the age of the building they obviously needed traditional signwriting and wanted all the signs to coincide with their black/white theme. It’s difficult for owners to get listed building signwriting to suit but they made good choices in terms of lettering of colours. I had 3 weeks to complete around 20 signs for the building, including 3 a-boards, an exterior swing sign and a range of interior door notices. It was a hard push but the weather was good and with the late summer nights the signs were completed in time. 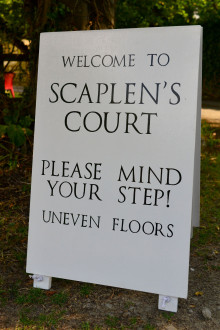 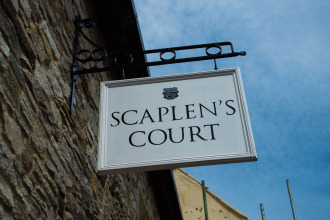